When Altisource Residential (NYSE:RESI) raised $100 million in an initial public offering three years ago, its business model was the acquisition of single-family rental homes by purchasing sub-performing and non-performing loans. It was a lucrative idea but things did not work out as planned. The company is now selling its non-performing loans portfolio and purchasing pools of residential homes at unattractive prices. 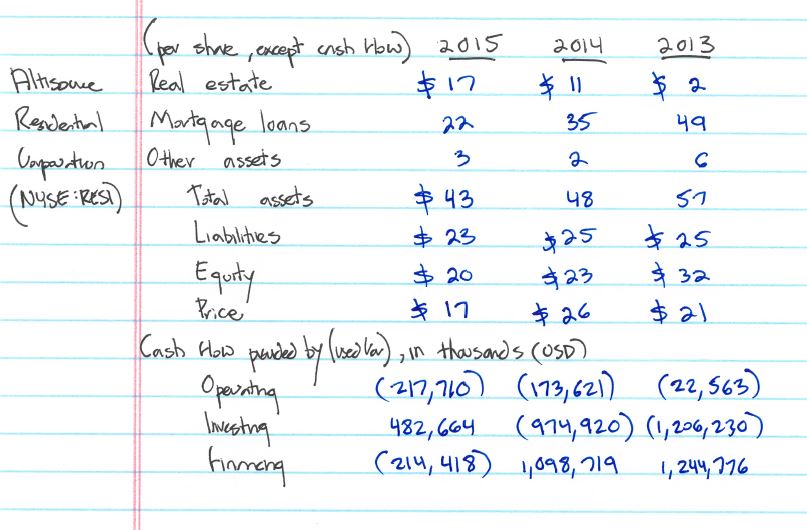 The company’s risk profile changed alongside its business model. Renovating and maintaining residential properties requires a different capital structure than servicing troubled loans. Investment companies like Blackstone Group are buying thousands of houses, notes Nathaniel Popper of The New York Times. And home prices are unattractive as a result.

What if the Altisource redeployed all cash received from the sale of non-performing loans and acquired residential homes instead? expected earnings are unlikely to be impressive. Since the company is targeting home purchases at a net asset yield of 6% to 7%, expected earnings will be $83 million. On an equity balance of $1.1 billion, that would equate to a meager 7 percent yield before transaction costs. Yet due to the company's steep decline in market value, returning capital and dissolving the mortgage REIT would not be a better alternative.